Siobhan Mackenzie is a multi award-winning Scottish Fashion Designer who started her own business right out of university. Through creativity and determination, the young Scot created a global brand that celebrates the heritage and fashion of Scotland. 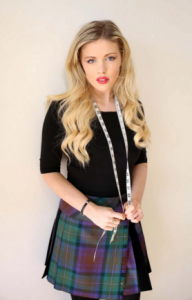 Siobhan Mackenzie was born in The Black Isle in the Highlands of Scotland. By the age of ten she was certain that her future was in the fashion industry, and at thirteen she bought her first sewing machine.

At seventeen Mackenzie moved to Glasgow, where she began her education in fashion. While she was still a student, she had an internship with one of Scotland’s master kilt-makers, Glenisla Kilts, where she learned the art of Scottish kilt-making.

After graduating with a First Class BA Honours degree in Fashion Design & Production from The Manchester Metropolitan University, Mackenzie decided to try her hand at bringing traditional Scottish dress into the 21st century. 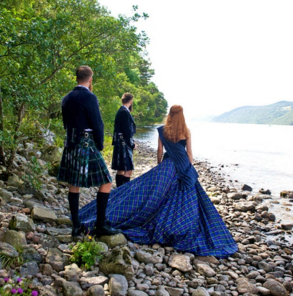 She self-funded a fashion brand in which she twisted the traditional rules of kilt-making to create innovative, Avant-garde bespoke and modern kilts.

In 2014, her designs began to take off. Her ‘Clan Mackenzie’ Graduate Collection was inspired by her Highland and roots. Although her designs are for modern-day wear, they are rich with heritage.

She was asked to design the national costume for Miss Scotland in the Miss World Competition in 2014, which gave her brand international exposure. 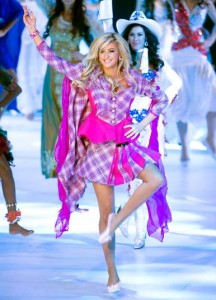 Today Siobhan Mackenzie’s designs are sold globally throughout the US, Canada, New Zealand and Europe. However, her company remains firmly planted in Scotland, using Scottish textiles, Scottish design and Scottish manufacturing so as to create new jobs in Scotland and help boost the Scottish economy.

To find out more about Siobhan Mackenzie, or purchase her designs, visit her website here.