In these coming weeks there is wonderful theater involving our Scottish community members taking place – from the New York Musical Festival to 59E59th Street East to Edinburgh Festival.

The New York Musical Festival  is a month long Festival of theater, the largest annual musical theater festival in America.

Each summer the Festival presents productions, concerts, readings and special events in the heart of New York City’s Theater District.

This year TWO of the Productions have been created by Scots and the American-Scottish Foundation Member and Friends can enjoy special ticket pricing to the productions. 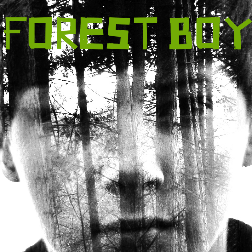 Claire and Scott began collaborating together as students and have gone on to create new work for theaters including Dundee Rep Theater, The Roundhouse, St.James’ Theater, The Royal Lyceum Theater Company, Edinburgh, and now are beginning to be recognized internationally.

On September 5th, 2011, a boy appeared in Berlin claiming to have lived in the forest with his father for the past five years. He had no memory of his past – only that his name was Ray and he traveled to Berlin following the death of his father in the woods.

What followed were nine months of speculation, police inquiry, and a global media frenzy, as the mystery of the Forest Boy slowly unraveled. FOREST BOY is a modern-day fairytale of growing up and, above all, imagination.

In a desperate attempt to save his beloved Cathy Cookie, he confronts the cartoonist in the Real World, and is faced with the dilemma of creating edgy art or embracing mass appeal in a corporate world.

For Joe, worlds collide in this comic adventure.

Composer and Co-Lyricist Alastair King, was born in Glasgow and now lives in New York.  He is the co-composer/co-book writer for Outlaws –

The Ballad of Billy the Kid (NYMF 2011), composer of The Family Fiorelli (NYMF 2007, NAMT 2008 Finalist, York Theatre Developmental Reading Series 2010/11) and  He is also the composer for 3 children’s musicals The Adventures of Superbunny (Midtown International Theatre Festival 2013), to name but a few of his works.

Experience the excitement of the Edinburgh Festival Fringe without leaving New York!
A month of great theater.
Below are highlights of the coming two weeks.

59E59 Theaters’ annual East to Edinburgh festival featuring – new work from North American companies before they make the journey across the pond to Edinburgh.