The American-Scottish Foundation is proud to have a vibrant and growing platform of Arts and Culture programming, including our contribution to the Landmarks 50+ project.

Through this partnership, the ASF has developed the fascinating history of The Scots Who Built New York’s Landmarks, chronicling the contribution of Scottish Americans to the building of New York. 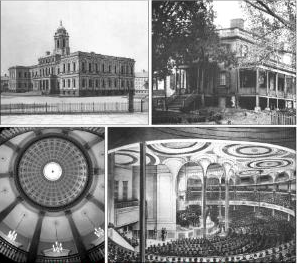 Recently, The Times of London published an article on how The American-Scottish Foundation® is embarking on this second phase of The Scots Who Built New York project with the development of an App and A Map. As The Times notes this will be so useful to visitors to the City, and here at the ASF, we are excited and proud to be undertaking this next phase of the project.

With research undertaken by Architect and Architectural historian John Kinnear, The American-Scottish Foundation has developed a photographic series of talks exploring the huge contribution of Scottish-Americans to the building of New York.

To date, the five The Scots Who Built New York lectures have reflected on eras of architecture as exemplified by a leading Scottish architect of the time. Noted within the research and talks are references to other contemporary, leading Scottish American architects. 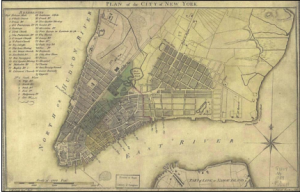 Now, the Scots who built New York’s landmarks will literally be put on the map by the newest addition to the project. The Scots who created important buildings like Carnegie Hall and Penn Station will be celebrated by a Walking Tour App, and NYC Map. With our work around this project we will expand our research, noting additional Scottish-American Landmark buildings that were built over the last 350 years.

As ASF’s executive director, Camilla Hellman, explains, the research for the project has taken over 18 months. “Now we are looking to move on to create a city map and walking tour app which will allow visitors to discover the leading buildings that Scottish-Americans have been responsible for,” she said. 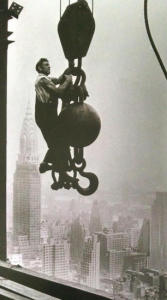 As The Scots Who Built New York project has shown, people are often amazed to learn how much of NYC’s famous skyline is the result of the innovative work of Scottish architects, developers, and engineers. According to Ms Hellman, Barbaralee Diamonstein-Spielvogel, the author and director of the Historic Landmarks Preservation Centre, said she has now come to realize that “all the leading landmarks in New York appear to have been built by Scots.”

The Scottish diaspora has truly been a part of New York’s fabric since the city’s early days. As John Kinnear notes, “Scottish-Americans and Scottish architects, in particular, have been a leading force in the developing of New York and remain so today. We are now looking to bring this important and fascinating history to a wider audience through the walking tour app and map, and ultimately, a coffee-table book entitled The Scots Who Built New York.”

The forthcoming project will spotlight various locations, like the designs of architect Charles McKim, including the Morgan Library and Museum, and the Morningside Heights campus of Columbia University. The map will also feature Carnegie Hall, which was financed by Scots philanthropist, Andrew Carnegie, and the Empire State Building, which was designed by William Lamb.

Other highlights will include Gracie Mansion, which was originally built for Archibald Gracie of Dumfries, President Ulysses Grant’s mausoleum, which was designed by John Duncan, and St Andrew’s Golf Club, the oldest golf club in the US. 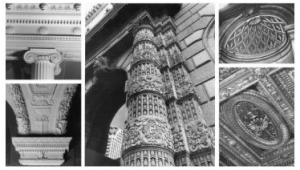 We are looking to have the App and Map for April 2017, to coincide with the Tartan Week celebrations that will take place in New York City at that time.

Would you like to join us as a Sponsor or Patron of the exciting next phase of this project?

Find out more about The Scots Who Built New York, and how you can support the project on the ASF website, here.

Win a Free Trip to Scotland

To commemorate Carnegie Hall’s 125th anniversary, Carnegie Hall
are sending ONE lucky couple back to where our founder was born,
the beautiful town of Dunfermline, Scotland. Click here for details.

A Visit to the Auld Country 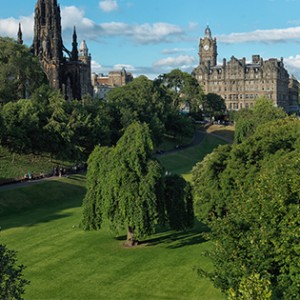 There is no better way to celebrate an anniversary than with a trip. And when it’s to mark 125 years, the trip must be unforgettable. To commemorate Carnegie Hall’s 125th anniversary, we are sending one lucky couple back to where our founder was born, the beautiful town of Dunfermline, Scotland. 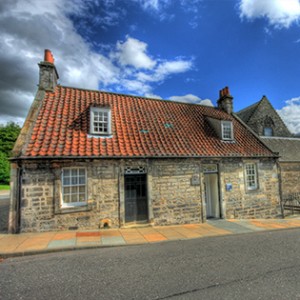 The contest closes April 30, and the winner will be randomly selected on May 5, 2016—the 125th anniversary of Carnegie Hall’s opening.