This week will see the 200th Anniversary of the Battle of Waterloo, one of the turning points in European history. From June 18th to 21st, reenactments and commemoration ceremonies will take place with heads of state, members of royal families, military regiments, and more.

As Sir Malcolm MacGregor of the Clan MacGregor, Convener of the Standing Council of Scottish Chiefs, noted as he prepared to depart for Belgium, “Hundreds of clansmen from the Outer Hebrides to the borders fought at Waterloo. There are many epic tales involving the Guards, the Royal Scots Greys, and the Highland and Lowland Brigades.”

War artists, such as Lady Butler, also came to prominence. Her painting of the charge of the Scottish Greys entitled ‘Scotland Forever’ (pictured below) is perhaps one of the most well known.

For insight into events taking place and historic details of the Battle of Waterloo, visit   https://www.waterloo2015.org/en 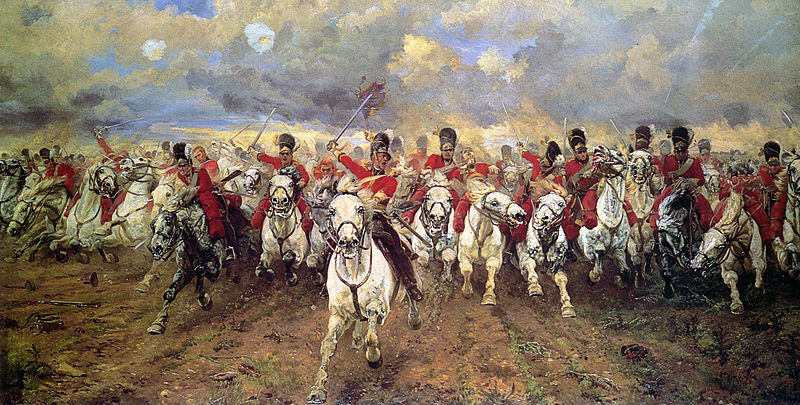