Announced April 10th, by Lightyear Entertainment ETRUSCAN SMILE has come up with a way to support ones local cinema whilst viewing new movies.

50% of the net revenue from your ticket purchase will support the theater of your choice. List of Cinemas by State below, if no cinema in your area click another one to help!

As Lightyear Entertainment explains they had to pivot the release when U.S. theatrical roll out of THE ETRUSCAN SMILE could not take place as planned.

“We are proud to present virtual screenings in association with Film Movement Plus, and help local cinema partners at the same time”. Arnie Holland of Lightyear noted.

“Just click on one of the ticket links below to enjoy the film in the comfort of your own home.”

Moving in with his estranged son, Rory’s life will be transformed, just when he expects it least, through a newly found love for his baby grandson.

“Delights with a good mix of humor and seriousness.” Cinema Magazine Lisa Schwart

Based on the bestselling novel by José Luis Sampedro

50% of the net revenue from your ticket purchase will support the theater of your choice.

For more information on how Virtual Cinema works, including how you can see the film on your home television using Roku, Apple TV, Chromecast and more, visit: filmmovement.com/virtual-cinema Film Movement

The History of the New York Tartan Day Parade: 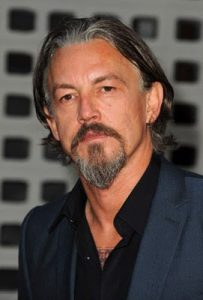 In 1998, the first Tartan Day Parade, consisting of two pipe bands and a small but spirited group of Scottish Americans, was led by the very first Grand Marshal, Cliff Robertson.

Today the parade is a grand affair, featuring thousands of participants, including bands, dancers and clans.

On April 8, 2017, The Grand Marshal of the 19th Annual New York Tartan Day Parade will be Glasgow-born actor Tommy Flanagan.

The acclaimed actor has starred in Braveheart, Gladiator, and Alien vs Predator, as well as FX Network’s drama, Sons of Anarchy. He will be a starring role in the upcoming movie, Guardians of the Galaxy, Chapter 2.

From actors and screenwriters, to athletes and designers, the past New York Tartan Day Parade Grand Marshals have been talented Scots from all different walks of life.

Read about them here: 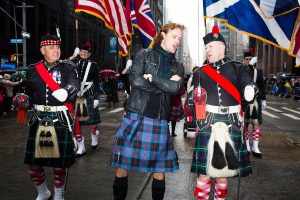 2015: Co-Grand Marshals: Tricia Marwick, Presiding Officer of the Scottish Parliament (2011-2016) and Graham McTavish, Scottish television and film actor with an extensive career including roles in Outlander and The Hobbit Trilogy. 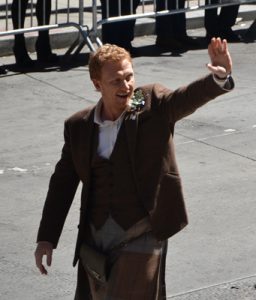 2006: Brigadier Melville Jameson, Producer of the Royal Edinburgh Military Tattoo from 1994 until 2006. 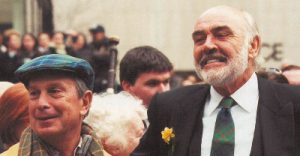 2002: Sir Sean Connery, Academy Award-winning actor and producer who was the first actor to portray James Bond in film.

1998: The late Cliff Robertson, Academy Award-winning actor with a film and television career that spanned half a century.