Scotland is well known for its beautiful glens and sparkling lochs, but did you know that Scotland has over 790 gorgeous off-shore islands? Most of these islands are to be found in four main groups: Shetland, Orkney, and the Inner and Outer Hebrides.

It is hard to find another place in the world that can match the beauty of the isles of Scotland. If you are vacationing in Scotland, you should consider island hopping, so as to enjoy the phenomenal hills and moors, and the sweeping sea views from the isles.

The American-Scottish Foundation has chosen five Scottish island destinations you should put on your bucket list: 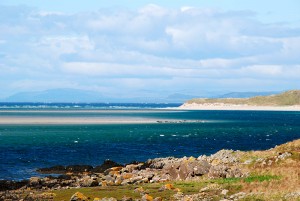 The Isle of Islay, known as the “Queen of the Hebrides” is the southernmost island of the Inner Hebrides of Scotland. On top of the gorgeous scenery and wildlife, the isle has eight working whisky distilleries to visit.

If you’re not too busy sampling the whiskies, Islay also has golf courses, trails for cycling, horse-riding and hillwalking, and spots to fish. There are also several annual festivals on the island, such as the Islay Festival of Malt and Music, the Islay Jazz Festival, the Rugby Festival and the Cantilena festival. With gorgeous views and plenty of activities, the Isle of Islay is a 5-star vacation destination. www.islayinfo.com 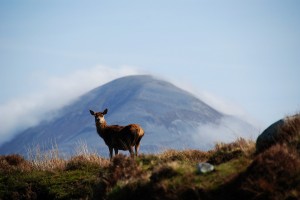 The Isle of Jura, part of the Southern Hebrides, is one of Scotland’s last wildernesses. A little over 200 islanders are outnumbered by 3,500 deer. On Jura there are many historical sites to see, from Iron Age Forts to ancient burial grounds and standing stones.

The village of Craighouse is the main settlement on the island. The charming town has a shop and tearoom to peruse, and a cozy hotel if you want to spend the night. Jura’s only distillery can be found in Craighouse as well, and offers personal appointments for tours and tastings. Jura’s west coast offers visitors authentic, untouched wildlife and absolutely stunning views. Spend some time exploring the amazing Isle of Jura. http://isleofjura.scot 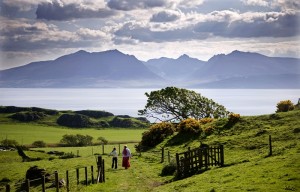 The Isle of Arran is the largest island in the Firth of Clyde, Scotland. The isle is often referred to as ‘Scotland in miniature’, for it possesses many of the great qualities of Scotland in a single island. Arran has gorgeous mountains, woodlands, beaches, and outlying islands to see and explore.

The capital of Arran is Brodick, where Brodick Castle, the ancient seat of the Dukes of Hamilton, houses an incredible furniture collection. The castle is surrounded by the Duchess of Montrose’s garden, which has been recently restored. Arran is a perfect destination for you if you want to explore historical sites, hike, golf, or simply take in the local geology and wildlife. Escape to the Isle of Arran to experience Scotland’s history and beauty. 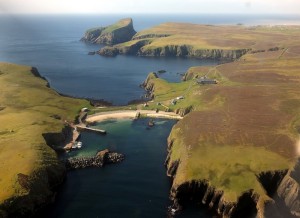 Fair Isle is a tiny island that sits half-way between Orkney and Shetland. The 70 or so islanders tend to live at the southern end, where the land is more fertile, while the northern end is made up of sloping hills and moorland.

The internationally renowned Fair Isle Bird Observatory has done scientific research on seabird breeding colonies for over 50 years, so Fair Isle is one of the best places to bird-watch in the world. You might also see seals, porpoises, whales and dolphins cruising around the island. Fair Isle is known for its unique style of knitting, for many years ago local knitters discovered that fine yarns stranded into a double layer produce warmer garments. Journey to Fair Isle to experience the incredible wild-life, and don’t forget to shop for cozy wool sweaters. 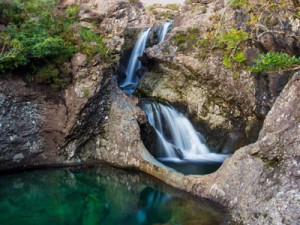 The Isle of Skye is one of Scotland’s most popular vacation spots. It is famous for its breath-taking scenery, such as the beautifully crystal clear Fairy Pools on the River Brittle. The Isle of Skye is 50 miles long and the largest of the Inner Hebrides. The Island has a rich history, having played host to Clan Warfare, Highland Clearances and ‘Bonnie Prince Charlie’ and the Jacobite Rebellion. Both Clan MacDonald and Clan MacLeod have their Clan Castles on Skye, just waiting for you to explore.

The Isle of Skye is also a great destination for wildlife watching. See if you can spot White Tailed Sea Eagles, otters, seals, whales, dolphins, or red deer. Skye is also a great destination for walkers and climbers with famous trails like ‘The Cuillin Range’ and ‘The Trotternish Ridge.’ Have a walk around the Isle of Skye and you may never want to leave.