We take a moment here to look back at the 20th Annual New York Tartan Day Parade which took place on April 7th, the highlight to a week of events… so much to report on, so many to thank – and we have to mention how we were under the threat of snow – and it didnt happen – brisk but clear. 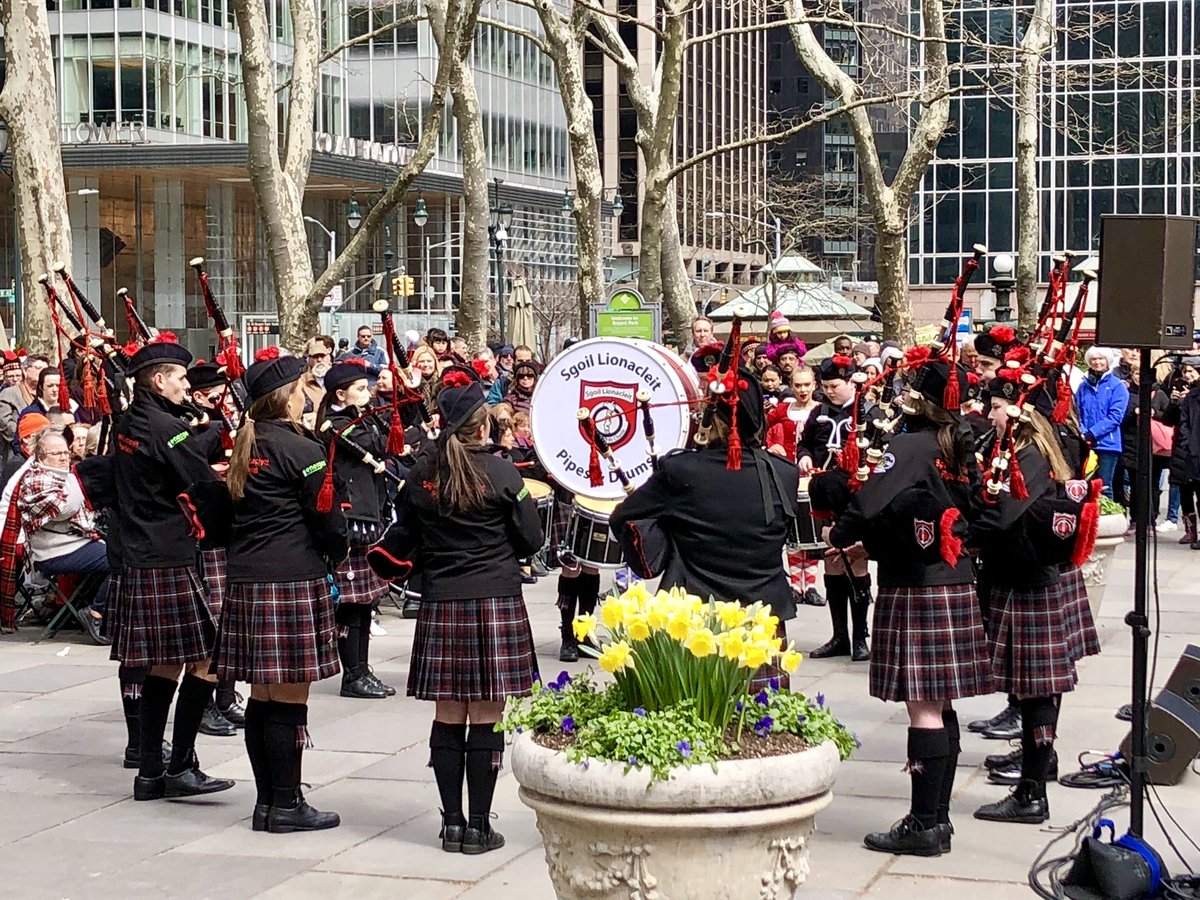 ASF presented several events during the week in addition to a series of lunchtime concerts at Bryant Park.  A thank you to all those who helped with the programming which included

– Tea with a Highlander, a talk with celebrated author The Hon. Sarah Fraser of Lovat introducing us to ‘The Prince who would Be King’, co-hosted by Clans & Castles , Walkers Shortbread, Harper Collins and Harneys Teas

– ‘A Taste of Scotland’ with a menu prepared by Scotland’s National Chef Gary MacLean,  co-hosted with City of Glasgow College

–  ASF Members & Friends Post Parade Reception at which we were joined by many guests from Scotland including the Archie Foundation, Clans & Castles, The Convenyor of the Standing Council of Scottish Chiefs Donald MacLeod of MacLeod, members of VisitScotland, the Scottish Parliament and Scottish Office.

Thank you to all who joined the The American-Scottish Foundation® contingenet and marched with us in the 20th Annual New York Tartan Day Parade – AND to all those who cheered us on.

KT Tunstall was a fabulous Grand Marshal – the first woman to lead the Parade.  AND Congratulations to all the volunteers and our fellow NYC Tartan Week committee members – EVERYONE did a great

We have discovered a few highlights of  Parade Day captured in a video  on You Tube.  – from the Pipes and Drums on the Fountain Terrace presented by The American-Scottish Foundation® at Bryant Park and onward to the Parade.

A thank you to The Accrington Pipe Band, The Pipes and Drums of the Atlantic Watch, Shamrock and Thistle Pipes and Drums, The Highland Divas, Shot of Scotch – NYC’s Premier Scottish Highland Dancers and Sgoil Lionacleit Pipe Bandl for being part of the pre Parade Bryant Park concert, https://youtu.be/W-cPpsj2wBQ

Prior to the Parade the young band of pipers from Sgoli Lionacleit had an opportunity to meet Keith Brown MSP for Clackmannanshire & Dunblane who could not resist the opportunity to try out a snare drum which he is pictured “carrying” below.

The Sgoil Lionacleit Pipe Band  performed twice at Bryant Park – and for their second performance they were joined by 18 year old Lisa Kowalski  who is winning recognition throughout the UK – this was her first visit to New York and the Parade.  The involvement of the young performers is something ASF fully embraces within our ongoing bursary program – and reflects Scotland’s message of  the Year of Young People.

Also taking part in the lunchtime concerts were Craig Weir and the multi talented Hannah Read – who left the following day for a month long tour in support of her latest album. Both Craig and Hannah have helped us in the development of the lunchtime concerts, a Thank you to everyone who took part.

Great performances from all

The Daily News carried a great report on the day which we link to below… “Scots of all ages proudly celebrated their homeland during the 2018 Tartan Day Parade in Manhattan on April 7, 2018.