For a magical train-ride, jump on The West Highland Railway line! 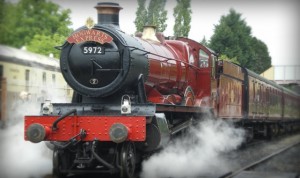 The railway line, which was recently voted the world’s most scenic train journey, travels past some of Scotland’s finest lochs and mountains. According to official figures, it is now ScotRail’s fastest growing route. The trains were doubled on the line, boosting passenger numbers by about 14% in 2014-15. “The Friends of the West Highland Line” claim that it is now used more than at any other time since the 1950s.

Along with Potter-fueled tourism, a new school service that transports pupils from Dalmally, Taynuilt and Connel to Oban has also helped increase passenger numbers. The students may not be travelling to “Hogwarts,” but with such beautiful scenery, their commute is definitely a magical one. 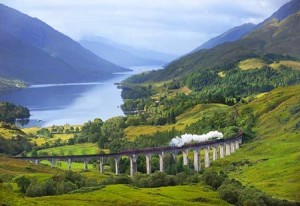 ScotRail hopes to attract even more passengers in the coming years when it upgrades carriages into ‘scenic trains.’ These carriages will be equipped with seats specifically aligned to windows for better views, as well as tourist information and high-end catering on offer. Passengers can expect to see these improved seats in 2018.

To find out more about the West Highland Railway Line visit the ScotRail website.