April 18th marks annual World Heritage Day across the globe. This special day serves to raise public awareness about the diversity of cultural heritage around the world, and the efforts that go into preserving this heritage.

Each year has a different theme, and the theme of World Heritage Day 2016 is “The Heritage of Sport,” to signify the upcoming Olympics in Brazil. You can find out more about World Heritage Day on the International Council of Monuments and Sites website. 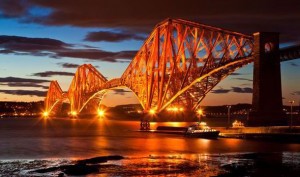 The Forth Bridge is a cantilever railway bridge that runs over the Firth of Forth. An iconic symbol of Scotland, the bridge was designed by English engineers Sir John Fowler and Sir Benjamin Baker. The bridge was opened on March 4th, 1890 by the Prince of Wales, the future King Edward VII. 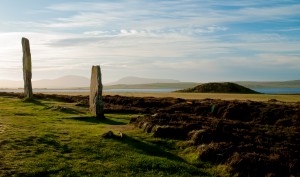 The Heart of Neolithic Orkney is a group of surviving Neolithic monuments in Orkney, Scotland. The domestic and ritual monuments are not only amazing pieces of Neolithic design, but they also give us insights into the society and spiritual beliefs of the people who once inhabited Scotland. 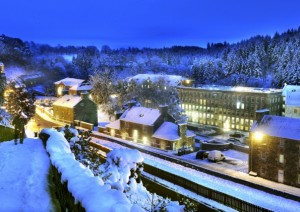 New Lanark is a restored 18th century cotton mill village found in the narrow gorge of the River Clyde. The village became famous for its success under the leadership of Welsh social reformer Robert Owen, who turned New Lanark into a thriving business village run through utopian socialism. 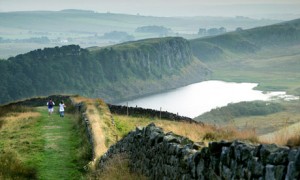 The Antonine Wall once marked the northernmost frontier barrier of the Roman Empire. Running across central Scotland, it was built by Roman soldiers under the direction of Emperor Antoninus Pius around AD 142. The builders commemorated the construction and their struggles with the Caledonians in decorative slabs along the site. Twenty of these slabs still survive. 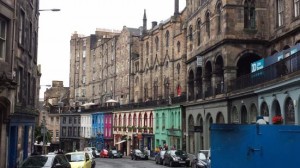 5. The Old and New Towns of Edinburgh

Together, the Old and New Towns of Edinburgh form what is arguably the one of the most beautiful cities in the world. The medieval structure of the Old Town gives Edinburgh its fairytale essence, the 18th century New Town is a beautifully preserved example of Georgian town planning and architecture. 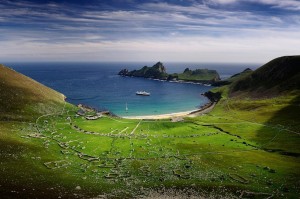 St Kilda is an is an isolated archipelago about 100 miles off of the west coast of Scotland. The group of remote islands is famous for hosting the largest colony of seabirds in all of Europe, as well as unique populations of sheep, field-mice and wrens. The human heritage of the islands includes various unique architectural features from the historic and prehistoric periods, as well as written records dating back to the Middle Ages.

Scotland’s six treasured historic sites were celebrated today with a day of free, fun activities at the National Museum of Scotland in Edinburgh. The day brought the six World Heritage Sites to life with fun activities and informational presentations for the whole family.

Each of the six Scottish World Heritage Sites had its own stall to teach visitors more about the unique sites. Visitors were able to handle replica Neolithic and Roman artefacts, dress up as 19th century mill workers from New Lanark, and build their own Roman swords and St. Kilda Mailboats.