The National Theatre of Scotland is delighted to announce that St. Ann’s Warehouse in Brooklyn will present the American premiere of its critically acclaimed, South Bank Sky Arts Award winning production, Let the Right One In, from January 20th until February 15th, 2015. 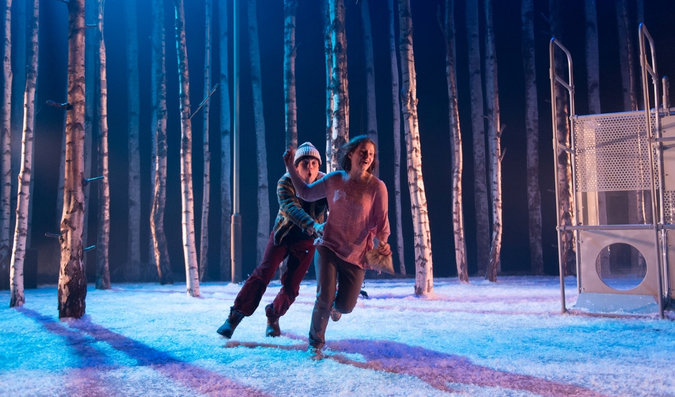 Let the Right One In, starring Rebecca Benson and Martin Quinn, at the Apollo Theatre in London

Let the Right One In is a brutal and tender vampire myth told through the turbulence of a coming-of-age romance.

The production, which had its world premiere at Dundee Rep Theatre in 2013, will reunite Tony and Olivier award-winning Director, John Tiffany, with the National Theatre of Scotland for whom he was Associate Director until 2012.

The Guardian called the production “Exquisitely beautiful….so painfully tender that, as you watch the show, it feels as if layers of your skin are gradually being flayed from your body.”

Tickets are available immediately for members of St. Ann’s Warehouse and will go on sale November 12, 2014 to the general public. To purchase, visit their website here.