ASF Members and Friends can enjoy special ticket pricing for the NYU Skirball Center for the Performing Arts’ upcoming production of “Samuel Beckett Trilogy: Not I, Footfalls, Rockaby” on April 13-17. 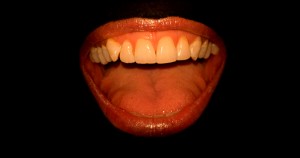 In Not I, a woman—reduced to a mere mouth, suspended in total darkness—seeks solace in a blisteringly paced stream of her own broken speech. In Footfalls, a tattered soul, drained of life, paces relentlessly outside her dying mother’s bedroom. And in Rockaby, a woman slowly withdraws from the world, rocked to eternal sleep in her mother’s chair.

This production drew ecstatic reviews at BAM in 2014, Royal Court Theatre and in the West End.

The astonishing actress Lisa Dwan doesn’t just uncover layers; she digs all the way to the void beneath them. – Ben Brantley, The New York Times

Friends and members of the American-Scottish Foundation have an exclusive offer for discounted tickets of all levels. There are only six performances on April 13-17, so don’t miss out on this fantastic opportunity.

To purchase discounted tickets use the official code:  Beckett3

Order tickets by going online and entering the code, or by calling 888.611.8183 and mentioning the code. You can also bring a printout of this offer to the NYU Skirball Center Shagan Box Office – 566 LaGuardia Place at Washington Square.

Service fees apply to online/phone orders. Schedule is subject to change. All sales are final. Offer subject to availability. Offer may be revoked at any time.