Adventure-loving George, a one-year-old golden retriever from Glasgow, has been officially crowned ‘Ambassadog’ for Scotland. 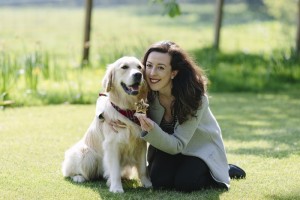 George, who resides in the West End of Glasgow, has been named VisitScotland‘s official Ambassadog, after standing out in the pool of over 200 applicants.

George is owned by 22-year-old twin sisters Emma and Victoria Rae, who entered their dog in the competition in March. The sisters knew that George could represent Scotland with his adventurous nature and spirit.

George was among seven other finalists who were judged at an interview event at Prestonfield House Hotel in Edinburgh. Now that George has the official title of Ambassadog, he and his owners will promote Scotland through social media, attend high-profile events, and enjoy the status of VID: Very Important Dog. 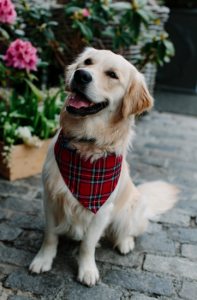 Owner Victoria explains how proud and excited she is for George, “My ambition for him in his new role as ambassadog is that he takes us on a lot more journeys – we plan to go to Harris and Lewis at the end of this month – and we can inspire others to plan their next exploration around the country”.

Later this year, the winning pup and his owners will be rewarded with a dog-friendly holiday in Scotland, courtesy of VisitScotland. To find itineraries for your own pet-friendly vacation in Scotland, visit the VisitScotland website here.

Find out more about the VisitScotland ‘Ambassadog’ competition here.