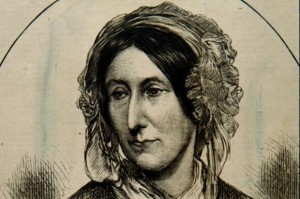 19th century pioneering Scottish scientist Mary Somerville has been confirmed as the first woman, other than HM The Queen, to adorn an RBS banknote – and the first plastic £10 note.

Mary Somerville ,  was a mathematician, who overcame huge disadvantages to pursue her career at a time when women were discouraged from studying science.  Her pioneering spirit led to Oxford University naming Somerville College in her name.

Her face will become increasingly familiar to Scots from next year, when it will start to appear on the bank’s new plastic £10 notes.

Other contenders for the honor of depiction on the RBS Banknote included theoretical physicist James Clerk Maxwell and engineer Thomas Telford.