The 17th Annual New York Tartan Day Parade today was a smashing success. From the sounds of pipes and drums at the pre-parade concert at Bryant Park to the Westies and Scotties of the Barbour Tartan Dog Pack to the over 300 Outlander fans who came out to support Grand Marshal Graham McTavish, the day was a true celebration of Scottish culture and spirit! 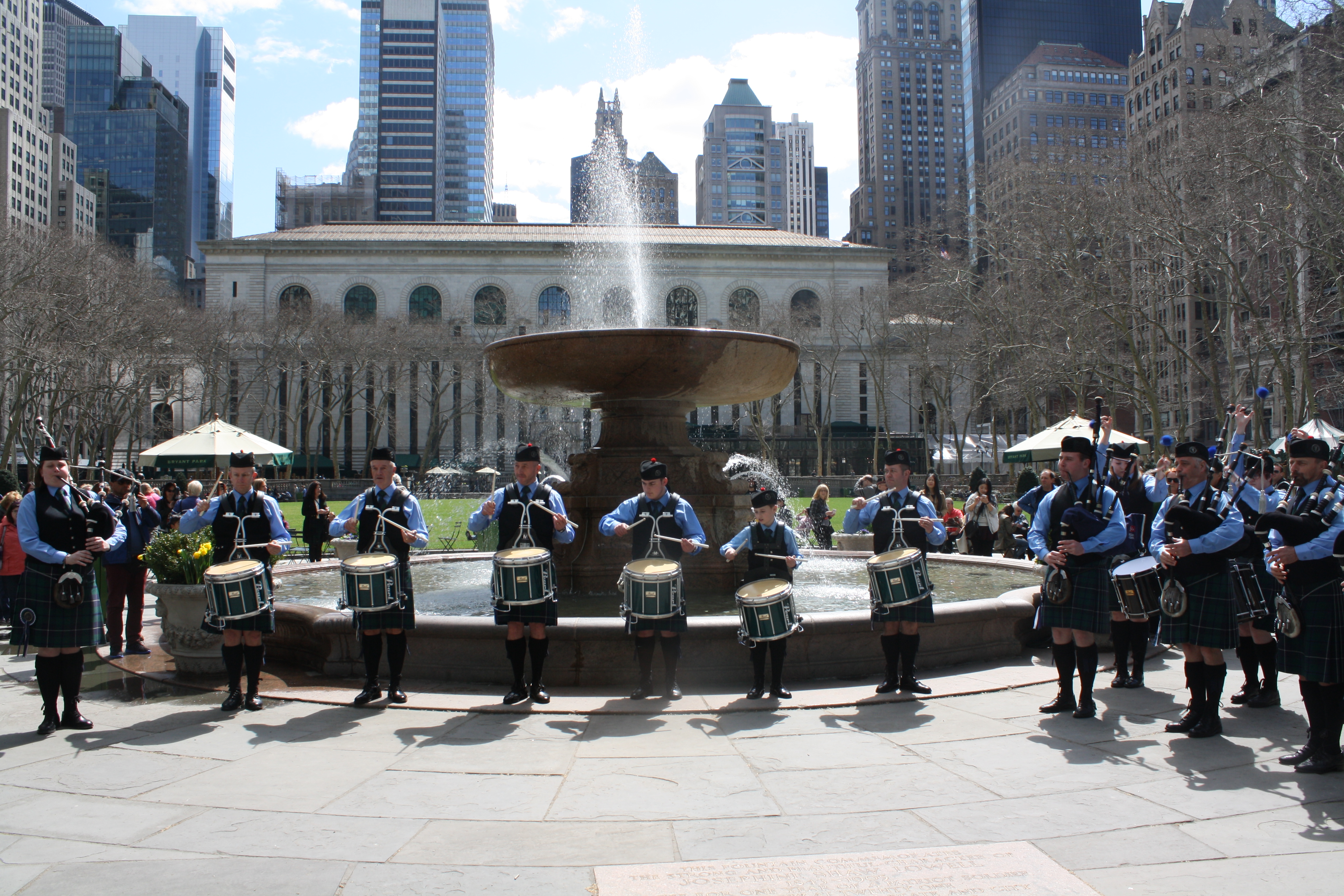 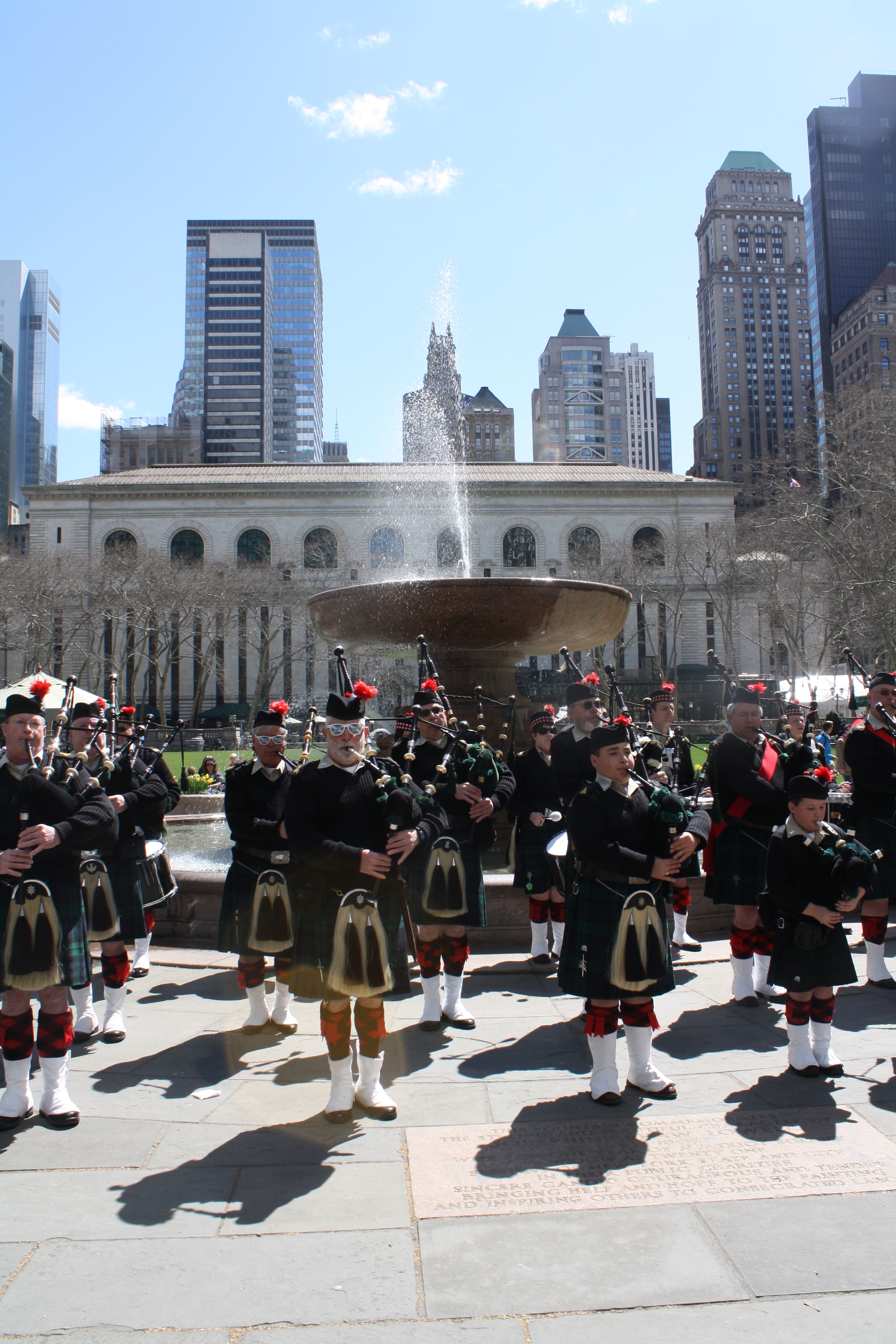 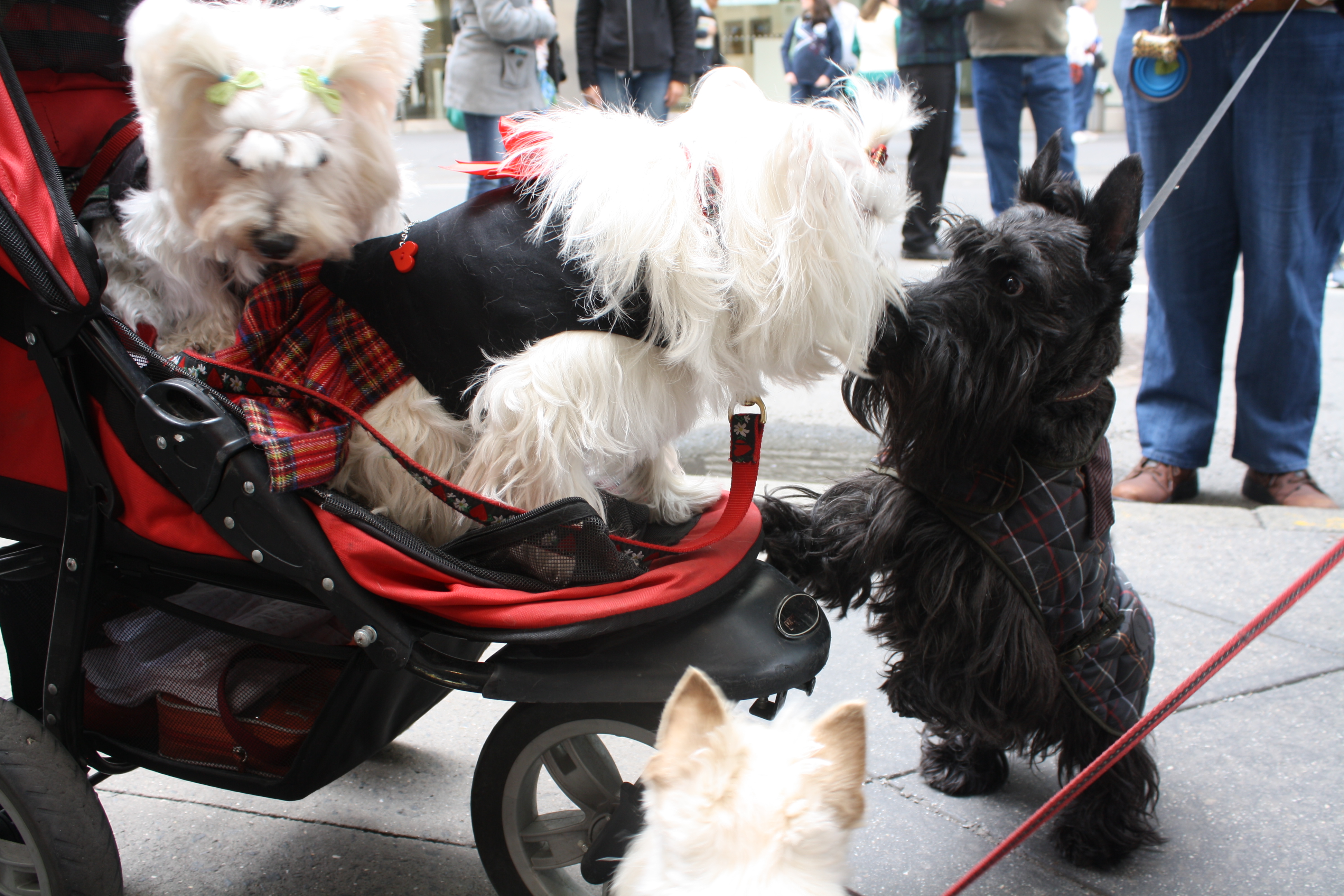 Members of the Barbour Tartan Dog Pack meeting each other for the first time! 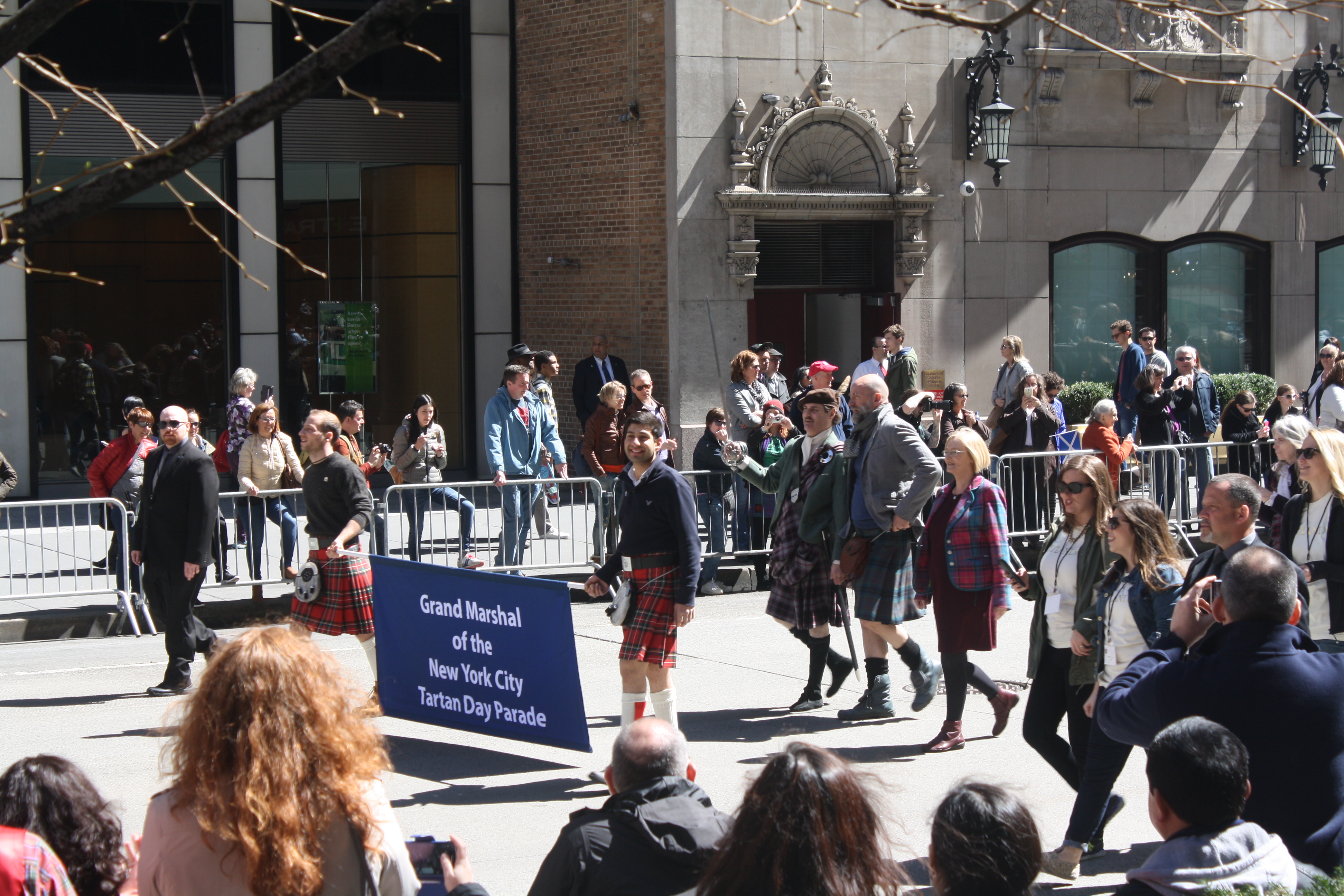 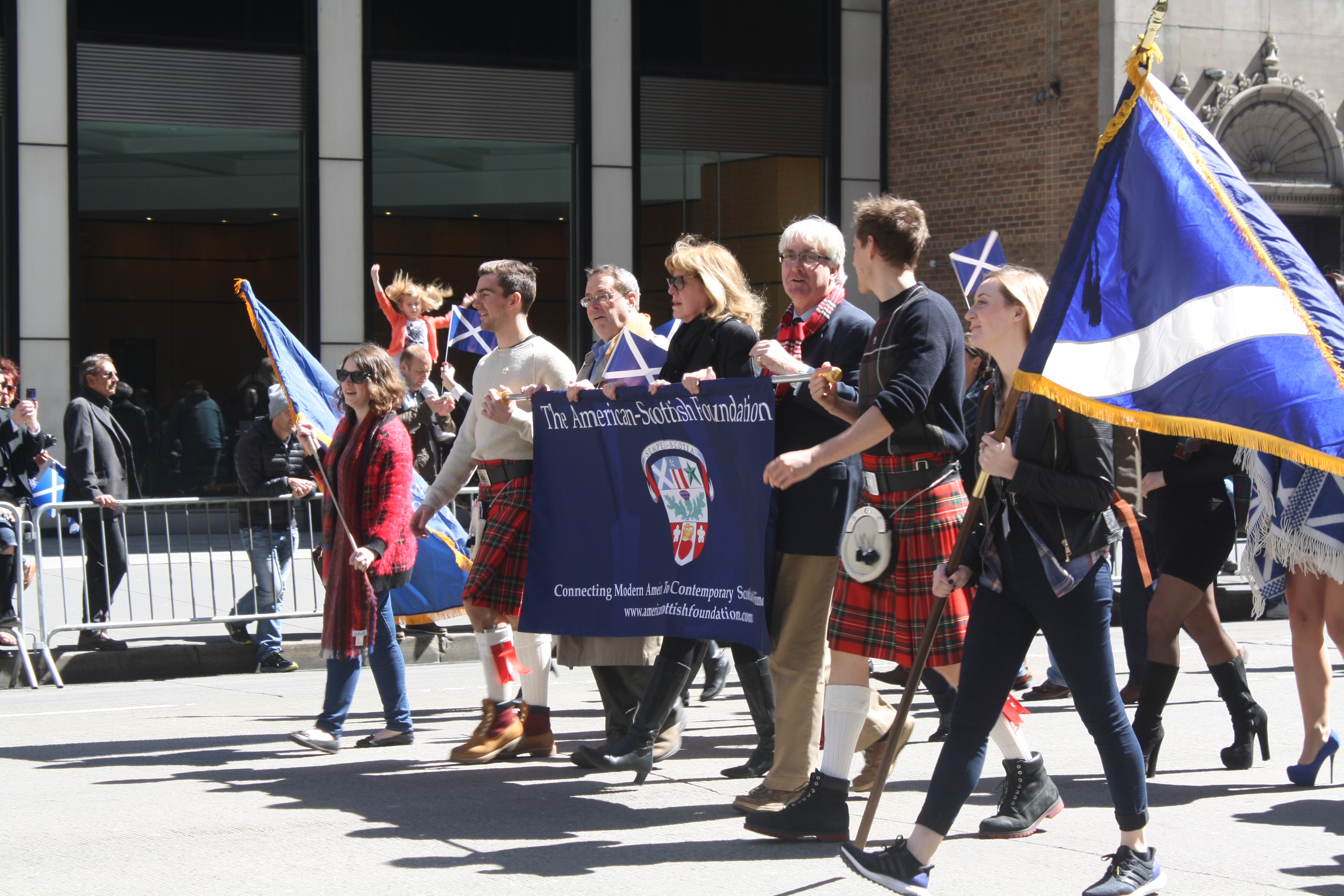 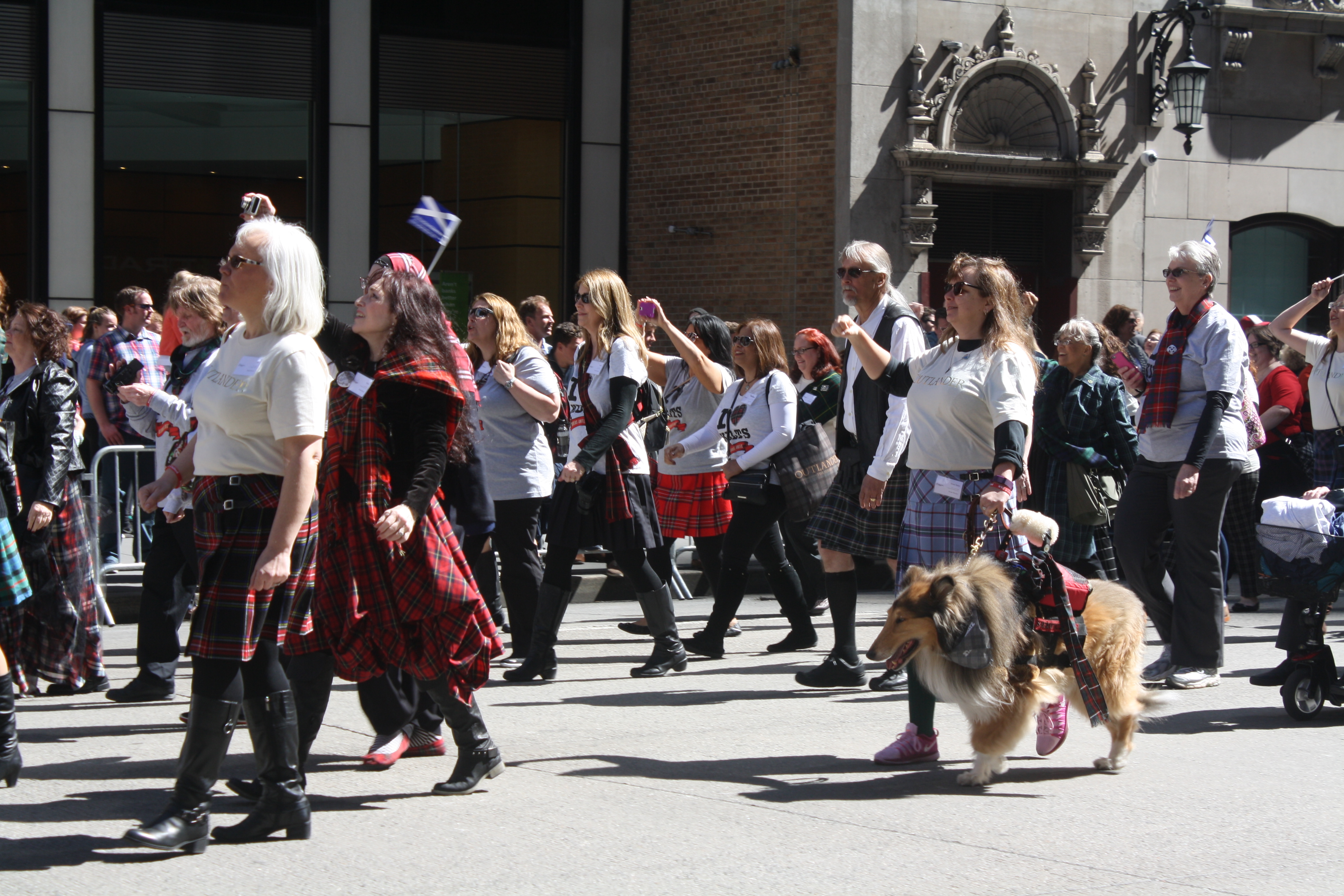 Over 300 Outlander fans joined in the festivities! 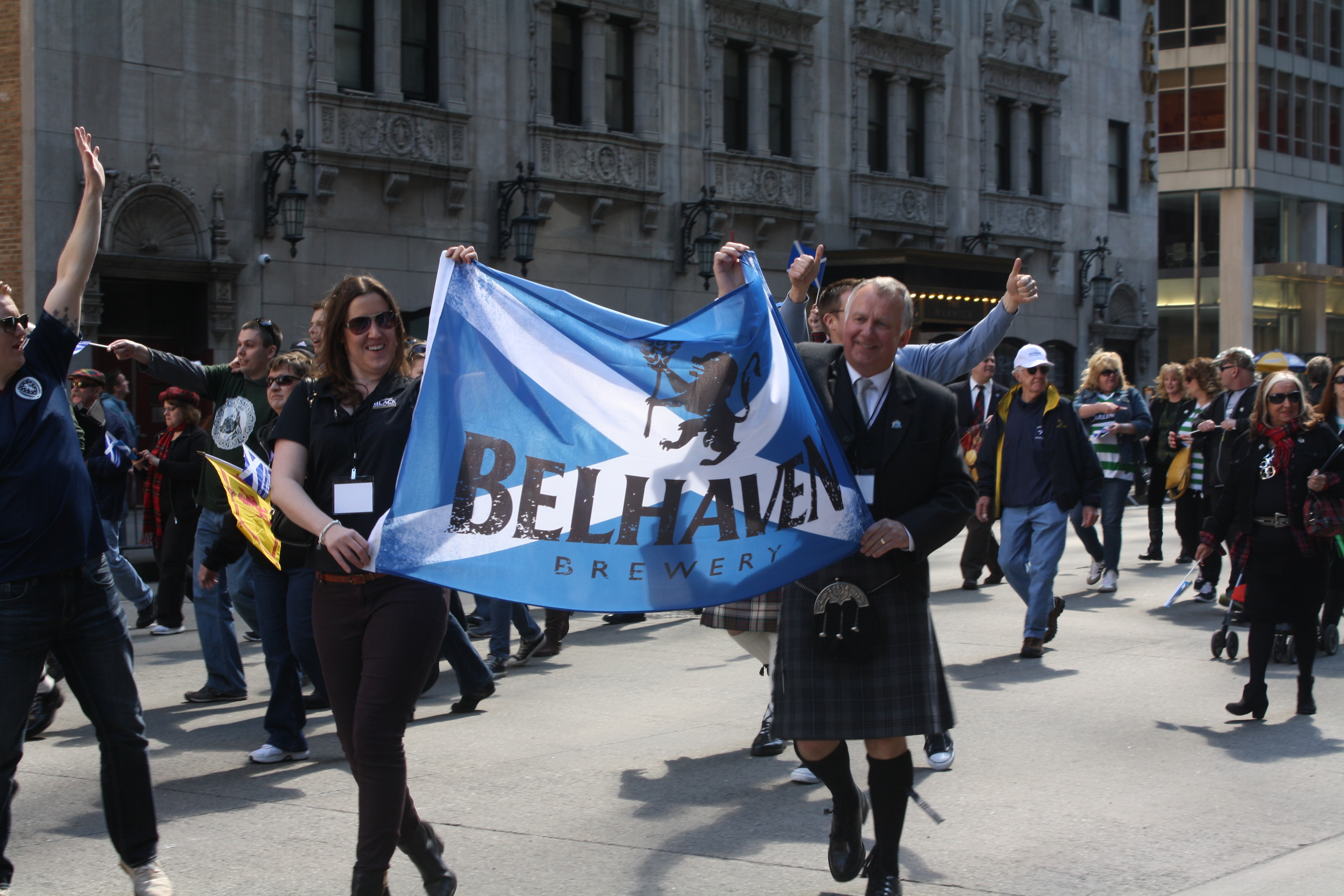 Belhaven, the official beer sponsor for the parade! 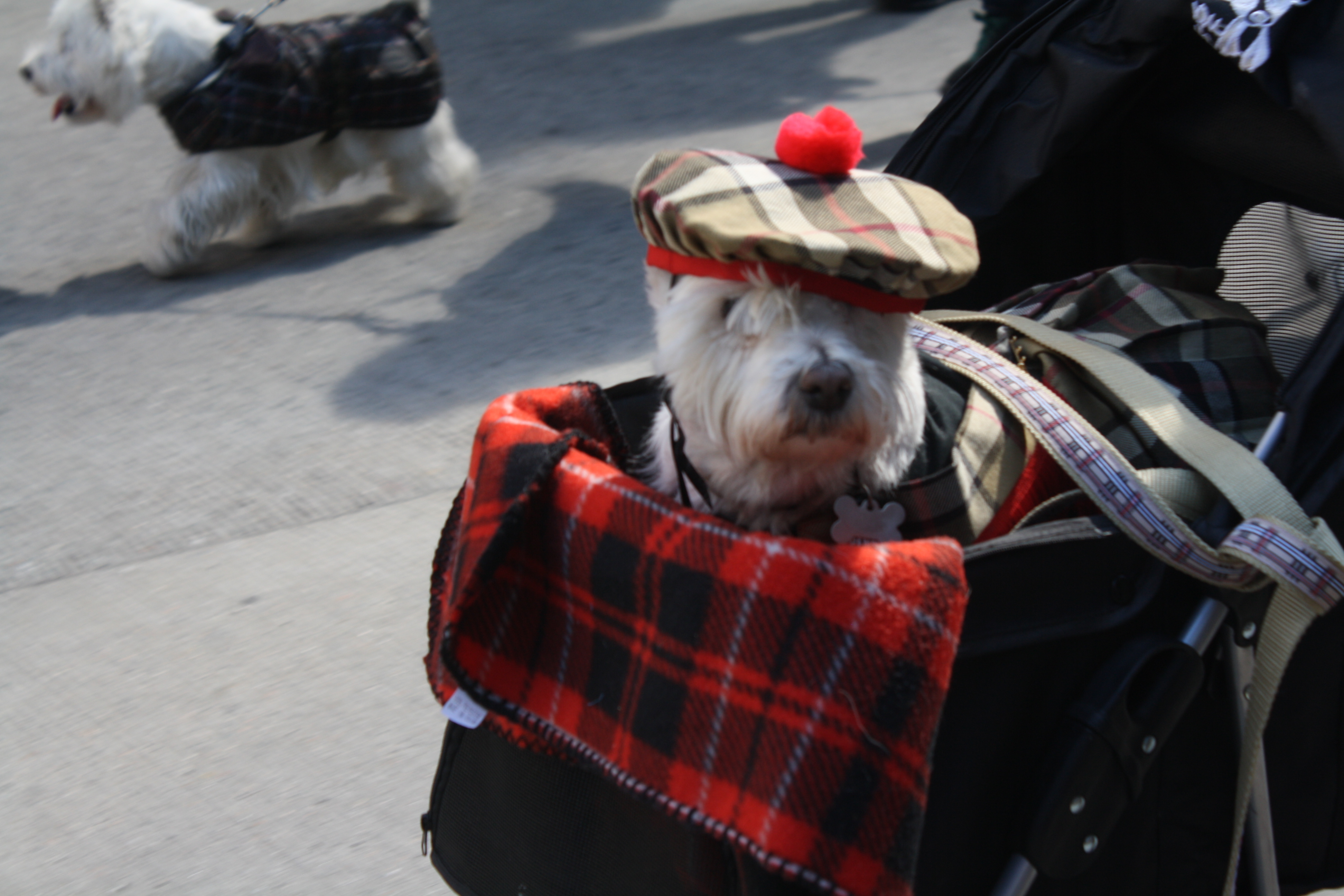 A strikingly well-dressed parade goer takes in the sound of pipes and drums. 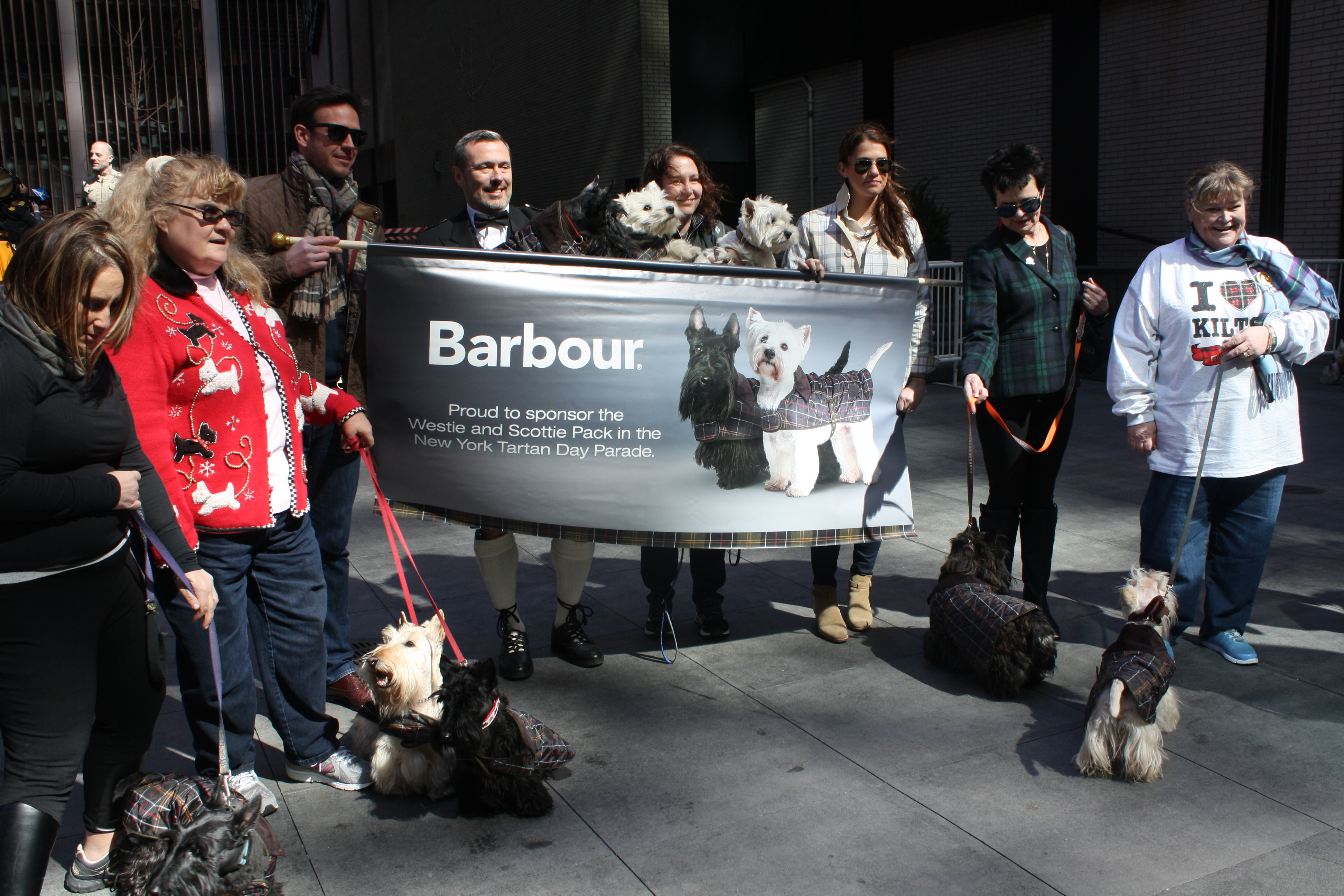 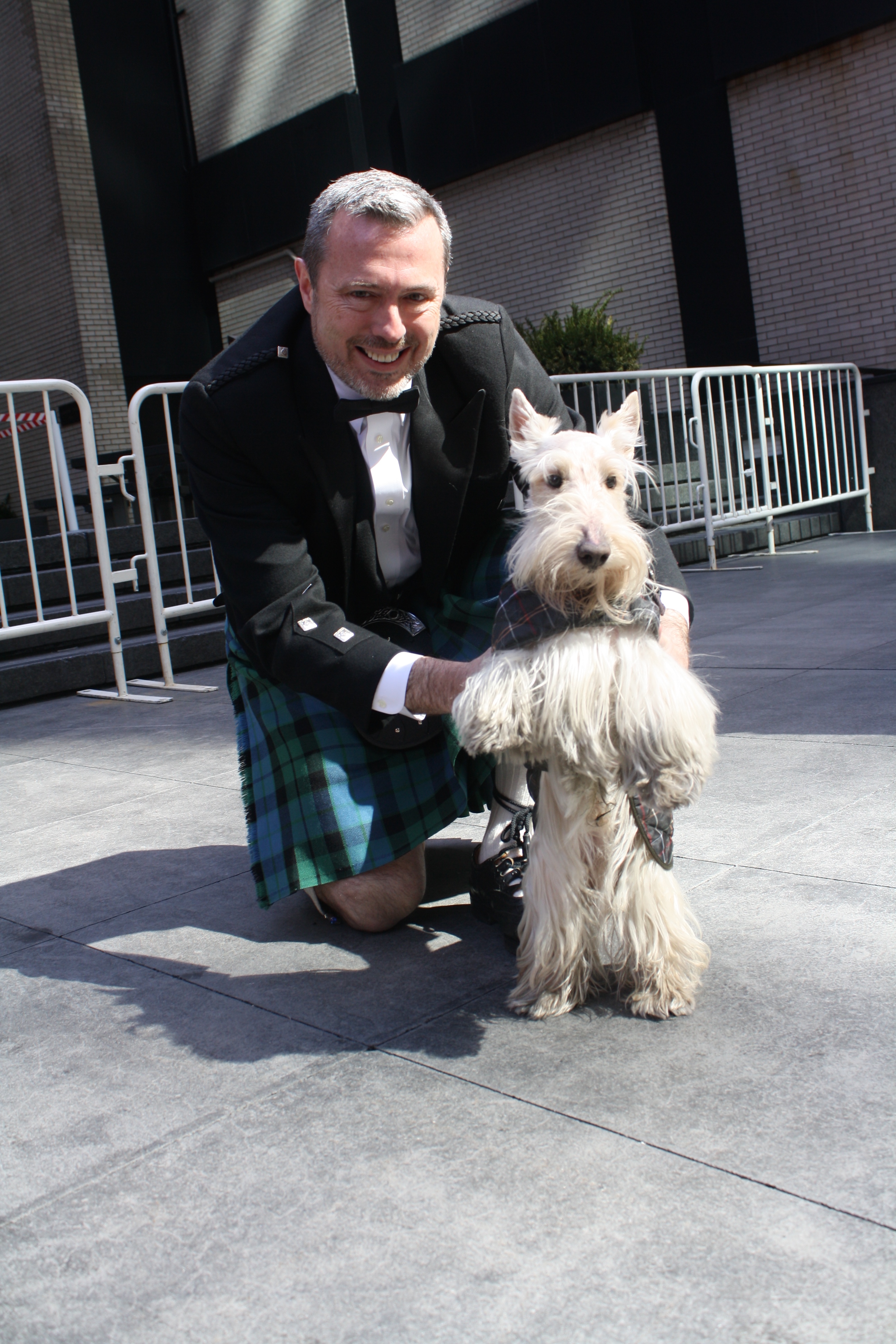 One of the members of the Barbour Tartan Dog Pack – a true model! 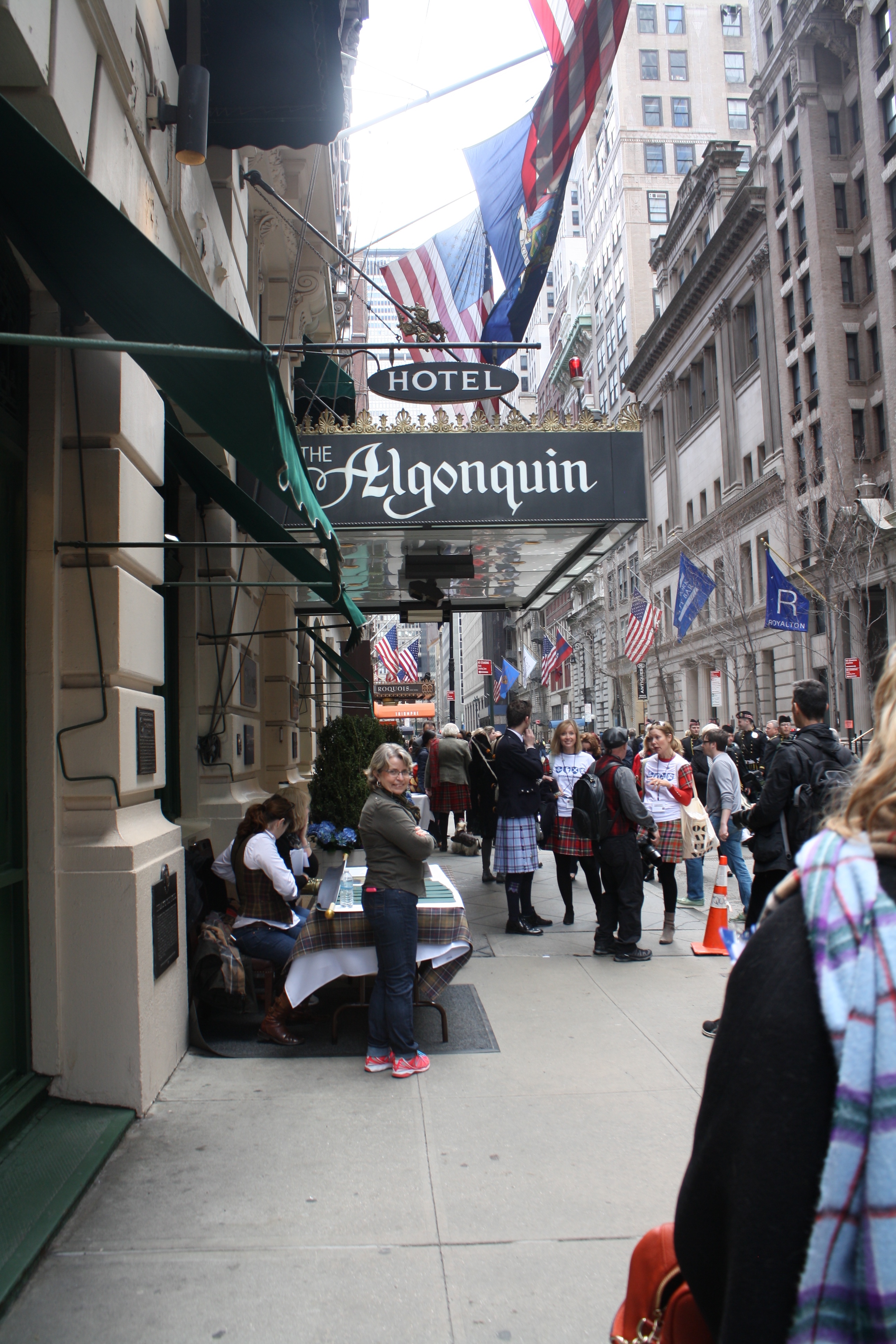 Many thanks to the Algonquin Hotel, our home base for the day of festivities!