For ex-pats missing traditional Scottish fare, or for Americans wishing to give the cuisine a try, it can be difficult to recreate Scottish recipes with only American ingredients. But hae nae fear! The American-Scottish Foundation has written up a three- part guide to cooking up Scottish eats- even here in the USA. 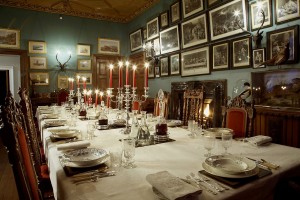 Dinner in Scotland is a hearty affair, where plentiful meat and potatoes are usually present to ensure that diners leave feeling satisfied.

Traditionally, Scottish meals feature ingredients including meats, fish, dairy, and produce all native to Scottish soil. Traditional dishes are typically delicious yet simple, as, historically, exotic spices were rare and expensive to come by.

The American-Scottish Foundation has collected a set of recipes for you to try at home to help you serve up a decadent four-course meal with traditional Scottish flair. 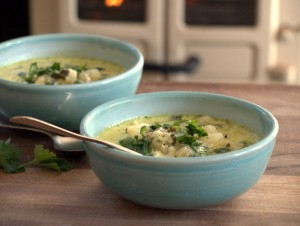 Start your dinner off with a traditional Scottish soup.

Cullen skink is a hearty soup made of smoked haddock, potatoes and onions. A local specialty, the soup hails from the town of Cullen in Moray.

Try your hand at this simple recipe from bbcgoodfood.com:

One tablespoon of butter

2 tablespoons of chopped parsley or chives

1. Melt the butter in a saucepan over medium heat, add onion and fry gently until transparent. Cook for about 5 minutes, before the onion browns.

3. In another pan, cover the haddock with milk and cook gently for about five minutes until tender. Remove from the milk and flake gently into large pieces while removing bones.

4. Add the milk and flaked fish to the saucepan containing potatoes and onion and cook for another 5 minutes. Season with salt, pepper and parsley/chives.

This soup is traditionally served with a side of crusty bread and butter. 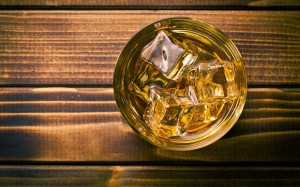 For a delightfully Scottish salad, top a bed of fresh greens with a dressing flavoured with whisky.

Whisk up this aromatic recipe from whiskyboys.com:

1/3 cup Whisky of your choice

A dash of cayenne

Mix all of the ingredients together in a jar and shake well. Chill and pour over salad when ready to serve. This dressing goes exceptionally well with a wee dram on the side. 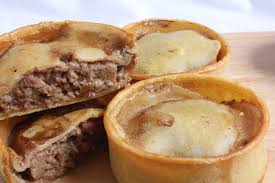 For a filling main course, meat pies are a classic and delicious dish.

They come in many different assortments and flavors, including vegetarian options.

Try out this recipe for individual minced mutton pies from telegraph.co.uk:

For the hot water pastry:

1. Sauté the onion in a saucepan. After five minutes, add the nutmeg, black pepper and salt. Remove when the onions are caramelised and put in a bowl. Add the gravy. Mix. When cool add the minced mutton.

3. Heat the lard with water. Once combined, put flour in a bowl. Make a hole and add the liquid. Mix with a spoon, gently breaking down the lumps of flour and bringing together.

4. When cool, knead and smooth dough. Roll out the pastry until slightly thicker than a pound coin and set aside.

5. Lightly oil the outside of 4 ramekins. Wrap pastry around the outside of the ramekins. Refrigerate for 20-30 mins then peel off, keeping the shape. Snip around each pastry case to neaten the edges.

6. Add the meat filling two thirds high. Roll out the rest of the pastry and cut out tops for the pastry cases and push on top, leaving a small space. Glaze the pastry with milk or egg wash. Bake at 300°F for 45 minutes.

Serve the warm meat pies with a heaping side of green peas and mashed potatoes. 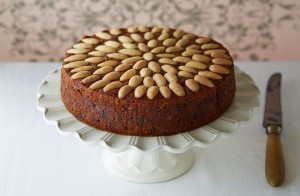 For your final course you’re sure to want something sweet.

A traditional Dundee Cake will hit the spot. The famous Scottish fruitcake, which originated in 19th century Scotland, is made with cherries, sultanas, almonds, and a sweet glaze.

Try out this recipe from bbcgoodfood.com:

3 tbsp of apricot jam or marmalade

1. Place almonds into a small bowl and pour over boiling water. Leave for 5 mins then drain in a sieve and leave to dry. Preheat the oven to 300°F. Line a deep 20cm cake tin with baking parchment.

2. Put butter in a large bowl and beat well until soft. Add sugar and beat until light and fluffy. Stir in the orange zest and apricot jam.

3. Sieve together the flour and baking powder. Add eggs to the creamed butter and sugar, a little at a time, beating well. If mixture starts to curdle, stir in a little flour.

4. Add the remaining flour and ground almonds and mix well. Mix in milk and then add fruit and cherries and mix gently together.

5. Spoon the mixture into the prepared tin and spread level using the back of a spoon. Arrange the whole almonds close together in neat circles on the top of the cake. Bake in the oven for 45 mins.

6. Lower the oven temperature and cook for a further 60–80 minutes. Check the cake after 50 minutes by inserting a wooden or metal skewer into the cake. When it’s done it should have just a few crumbs attached.

7. When cooked, remove the cake briefly from the oven, put the milk and sugar into a small pan and heat gently until the sugar has dissolved. Brush over the top of the cake and return the cake to the oven for 2-3 mins.

8. Remove and allow the cake to cool in the tin. When cold remove from the tin, wrap in foil and keep for at least 2 days before cutting.

There you have it: a delicious and decadent four-course meal bursting with flavor and Scottish tradition. You’re now ready to host your very own Scottish dinner party. As Robert Burns once wrote, “We hae meat and we can eat, And sae the Lord be thankit.”