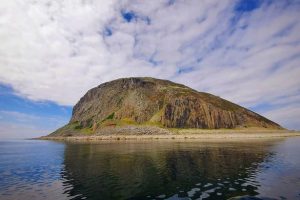 Aisla Craig is a beautiful island off of Scotland now lived on solely by birds as a sanctuary. It’s location as a stopping point between Ireland and Scotland once was the home to a castle to protect from Spanish invaders. The castle is now ruined, leaving the island uninhabited, but despite its remote qualities, the island plays a large role in one of Scotland’s great pleasures of life: the sport of curling.

Aisla Craig formed 60 million years ago as a result of a volcanic intrusion. The magma which formed the island cooled very quickly – creating granite. This stone is a rare type of micro-granite with riebeckite. Three types of granite were formed, and now, two types of the three are used to make curling stones. 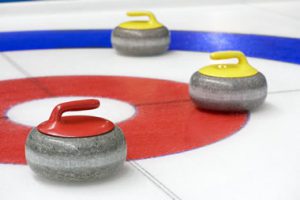 Blue Hone Granite prevents the erosion of the stone as the sport is played, and Common Green Granite provides the strength and heartiness of the stone for when it hits into the other. The third type of granite, not used in curling stones, is Red Hone Granite.

Kays Curling have been making curling stones since 1851 and they have the sole rights to the granite for curling stone production. In order to produce the stones, they must transport the granite from the island to a secure facility on the mainland. Their curling stones are the only stones used in The World Curling Federation. 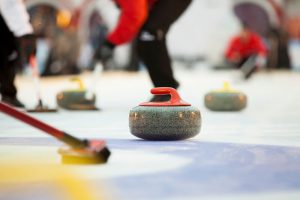 Since Aisla Craig is now a wildlife sanctuary, Kays Curling is only allowed on the island every few years to collect the stones it needs for curling stone production. Its last harvest in 2013 was predicted to have sustained the company with stones until 2020. 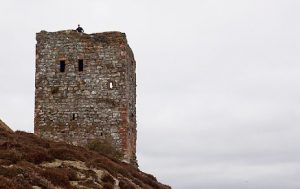 Not only is the stone of curling stones originated from Scotland, but the sport itself originated in Scotland more than 400 years ago. Its impact has clearly spread as it is one of the fifteen sports in the Winter Olympics, and the granite of Aisla Craig remains one of Scotland’s greatest hidden treasures.