Scotland’s efforts to reach a more sustainable lifestyle for their environment and their people persists. With the recent COP26 climate conference in Glasgow, there is no doubt that Scotland has shown great commitment toward lessening the speed of climate change. Their recent approach involves a new way of “going green”… by going blue. 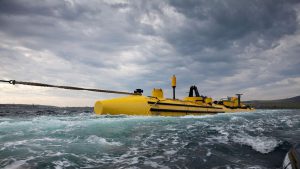 In Scotland’s Orkney Islands, marine energy is being tirelessly developed through tidal machines that work to harness the currents to create energy underwater. These machines are comparable to wind turbines except they are essentially upside down and underwater. 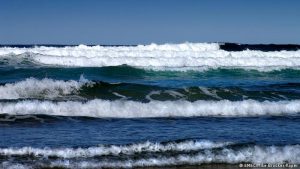 The Orkney Islands have a mass population of 22,000 people over 70 islands. While the rather secluded area of Scotland does not draw a large population for their harsh conditions, it draws scientists toward it for the same reason. With strong winds and waves, the Orkney Islands have become one of the sites throughout the world that is experimenting with marine energy. They have done 34 experiments in the region over the years, and currently host three marine energy machines now.

The latest Scottish machine, the O2, has great promise in its ability to cut down on climate warming energy sources due to its hopeful future as an energy source for the national grid and experiments with green hydrogen power.

Green hydrogen power would stem from hydrogen created during wind and marine power. Once these sources made power to input into the national grid, some of the water would be sent to a hydrogen power plant to split water into hydrogen and water. From there, bubbles of clean hydrogen would be stored and used to power things such as automobiles or aviation, as Scotland’s government hopes to become a “zero emission aviation sector.”

While there are great goals for the future of Scotland in an industry where they have made large strides already, those behind Scottish marine power are focusing on smaller works now. What will be powered by hydrogen bubbles first? Whisky distilleries.

For now, the O2 has taken place in its spot off the coast of the Orkney Islands for fifteen years as scientists continue to develop this fascinating new source of power while hoping to gain financial flexibility to help their research and the environment.