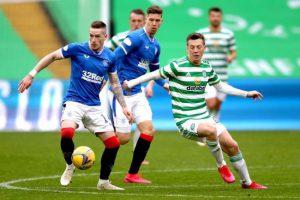 The Old Firm of Glasgow, Rangers and Celtic have a long, long history of rivalry which stretches back generations and a match between the two Glasgow football clubs is always an occasion.

The next match between the two rivals (21/03/21 @ 12pm GMT) might carry less significance than usual with Rangers already confirmed as the Scottish Premiership Champions however the fixture always promises to be a battle whenever these two sides meet.

Celtic’s failure to beat Dundee United on the 7th of March meant that Steven Gerrard’s Rangers clinched the Scottish Premiership title for the first time in nine years. 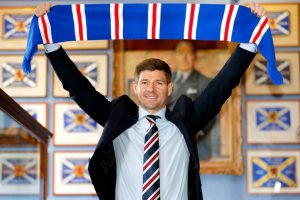 With a gap of twenty points separating the two sides Rangers have been in cruise control for most of the season and notably Neil Lennon the Celtic manager was duly shown his books for the incredible downturn in Celtic’s results this year.  As expected, Celtic will be looking to put a dampener on Rangers’ historic season with a win on Sunday but with neither side wanting to lose any face to their arch-rivals this promises to be an exciting conclusion to the season, and that’s if the game goes ahead.

The referee for the game has been announced as the vastly experienced Willie Collum whose involvement with the Old Firm has featured many controversial moments including the much debated winning goal from Celtic defender Christopher Jullien that appeared to be offside, leading to a one nil Celtic victory in the Scottish Cup Final.

Rangers come into this fixture off the back of four straight wins and a draw. Celtic on the other hand have had a mixed bag of results over the last five games with three wins, a draw and a loss to Ross County who sit third bottom of the table.Despite the difference in form, Celtic will have the home advantage on Sunday. With all this considered, it’s very hard to predict how this Old Firm will turn out, however just as any occasion when these two sides meet, there promises to be fireworks.