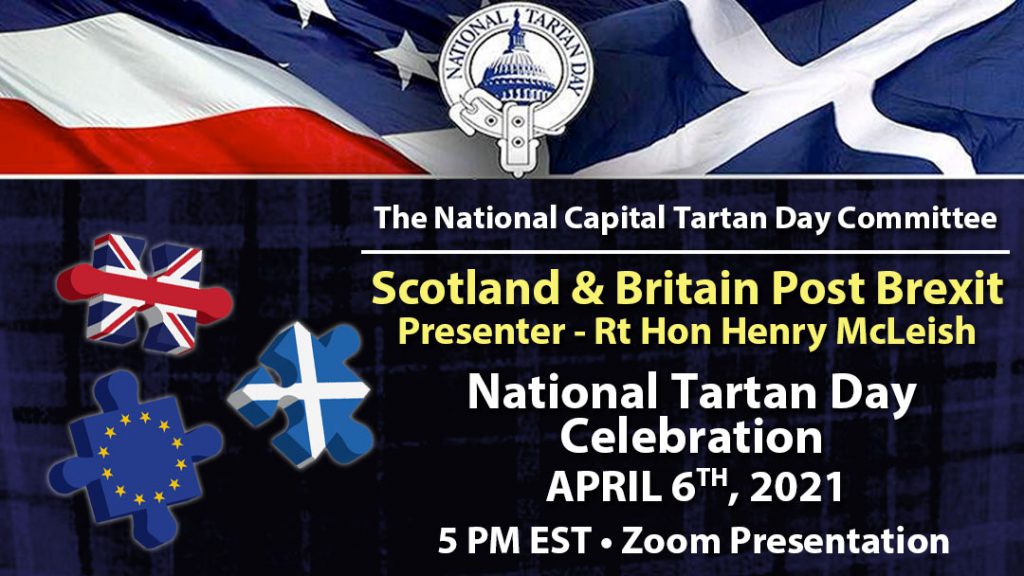 Scotland and Britain – Post Brexit
A Presentation with Q & A

For the past decade Mr McLeish has presented to leading Universities and Organizations on this topic and has also been a guest at National Tartan Day Celebrations throughout the years.

This event is hosted by the American-Scottish Foundation.

This event is presented by the National Capital Tartan Day Committee.

Rt Hon. Henry McLeish served as the second First Minister of Scotland, from 2000 to 2001.