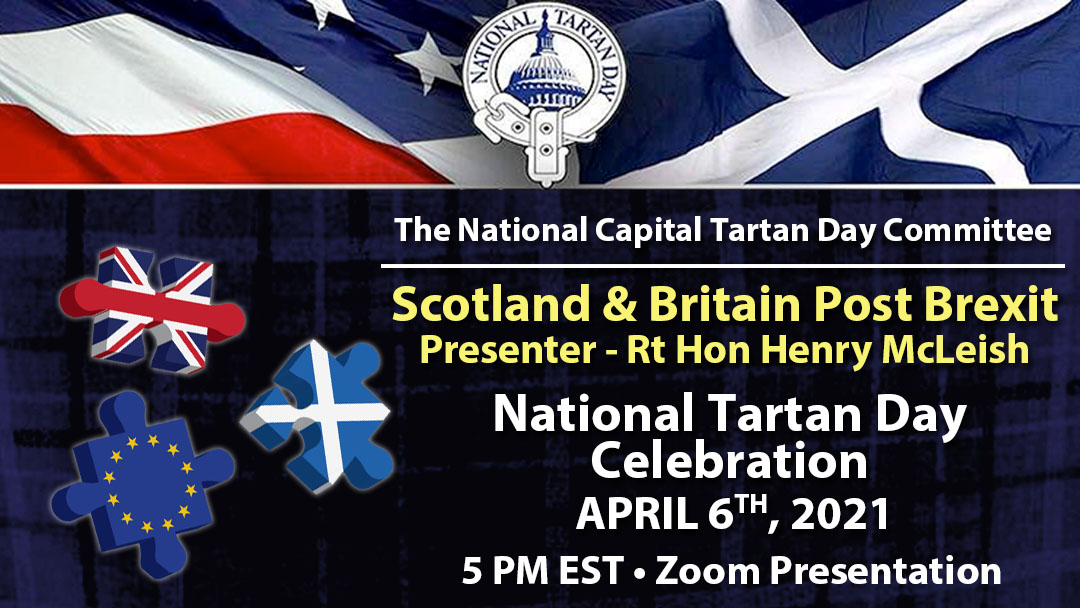 Rt Hon Henry McLeish, former First Minister for Scotland, on the British and Scottish situation post Brexit will present a discussion of Scotland and Britain - Post Brexit. It will include a Q&A session. This is program is part of the National Tartan Day celebration being held April 6, 2021 and is sponsored by The National Capital Tartan Day Committee.

Scotland and Britain - Post Brexit A Presentation with Q & A

Hosted Virtually by The American-Scottish Foundation This event is presented by the National Capital Tartan Day Committee.

Rt Hon. Henry McLeish served as the second First Minister of Scotland, from 2000 to 2001. Former Scottish Labour Party politician, now author and academic. Formerly a professional football player, McLeish was the Member of Parliament (MP) for Central Fife from 1987 to 2001 and the Member of the Scottish Parliament for Central Fife from 1999 to 2003.