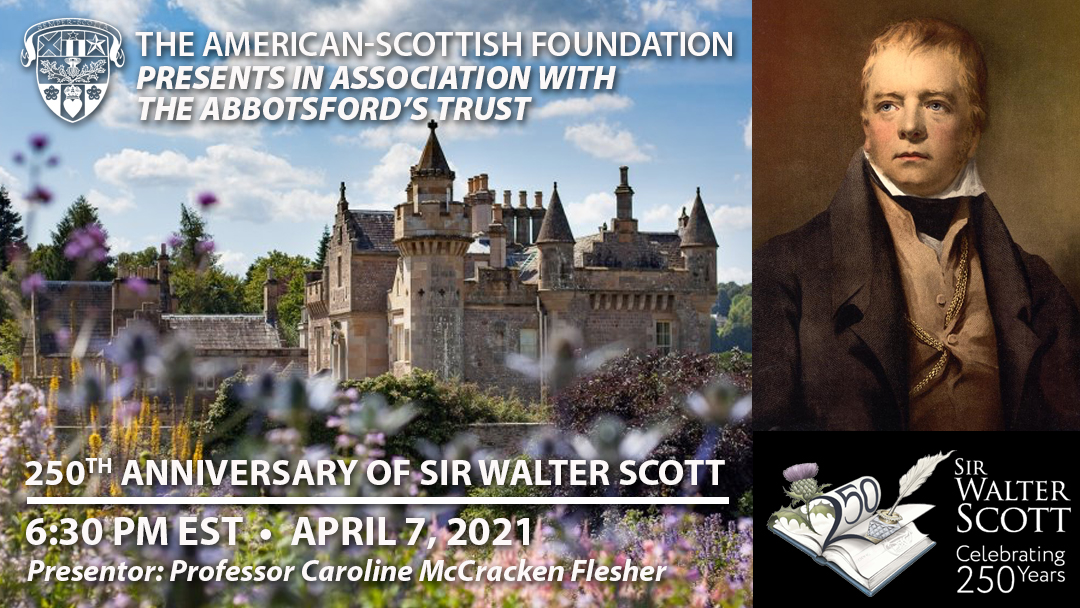 Join us as we explore the life and legacy of Sir Walter Scott – 250th Anniversary – 6.30pm – 8pm, Zoom Event presented in association with Abbotsford Trust, with insight from Professor Caroline McCracken Flesher.

Tickets for the 250th Anniversary Celebration for Sir Walter Scott April 7 are:

Caroline McCracken Flesher hails from Northern Ireland, and was educated at Edinburgh, Oxford and Brown universities. She is Professor of English at the University of Wyoming, where she also directs the Center for Global Studies and its signature program UW in Scotland. Dr. McCracken-Flesher publishes widely on Scottish literature. Her books include Possible Scotlands: Walter Scott and the Story of Tomorrow (Oxford, 2005), The Doctor Dissected: A Cultural Autopsy of the Burke and Hare Murders (Oxford, 2012), editions of Robert Louis Stevenson, and edited volumes on themes such as Culture, Nation, and the New Scottish Parliament, teaching the works of Stevenson, and Scotland As Science Fiction. Forthcoming this year is Walter Scott at 250: Looking Forward, edited with Matthew Wickman. Professor McCracken-Flesher was awarded the Order of the Stag by Clan Scott Society.